Employer Responsible for Supervisor who Sexually Assaulted and Murdered an Employee

An employee of a home improvement retailer became employed as a teenager working seasonally until her death six years later at the hands of her supervisor, who had a history of harassing young female subordinates. Throughout the teenager’s employment, the supervisor swore and yelled at the female employee, and was verbally abusive to her in front of customers. After work, he would call and text her, and he pressured her to spend time with him alone. Eventually, she became pregnant. Although the teenager complained to other supervisors and managers, he remained her supervisor. The supervisor was required, however, to take anger-management classes.

The supervisor insisted that the teenager attend an out-of-state wedding with him and threatened to fire her or reduce her hours if she refused to attend. Although the employee was seven months pregnant at the time, she reluctantly agreed to go with the supervisor. After the wedding, he took her to a hotel room where he murdered her and then committed necrophilia.

On appeal, the Seventh Circuit Court considered the issue of employers’ liability for intentional torts committed by their supervisory employees against other employees where the employer was negligent or complacent after receiving knowledge of the bad behavior of the supervisor. The Court found that Illinois law permits recovery from employers whose negligent hiring, supervision, or retention of their employees causes injury. The Court reasoned that intentional torts committed by the abuse of a supervisory employee’s authority satisfy the requirements of the Restatement (Second) of Torts, and that the complaint herestated a claim for negligent hiring, supervision, or retention. In so ruling, the appeals court reversed the dismissal of the negligence claim brought on behalf of the deceased employee’s mother against three joint employers (home improvement retailer and two companies related to the retailer’s garden center operation).

The Court rejected the retailer’s argument that they had no obligation to fire or demote employees for their use of inappropriate language or sexual misconduct. Rejecting their contention that creating this obligation would result in intolerable burdens, the Court pointed out that employers already have this obligation as both Title VII and the Illinois Human Rights Act impose liability for failing to discipline harassing employees. The deceased employee’s mother did not ask the Court to impose any new obligations on employers.

The Court relied upon Section 317(a) of the Restatement (Second) of Torts, which provides that employers have “a duty to exercise reasonable care” to control employees who are acting outside the scope of their employment if the employees are on the employers’ premises or using the employers’ chattels. In this case, the supervisor was not on the retailer’s premises when he killed the teenager, nor did he use their chattel. But, the Court pointed out, he used something else they gave him: supervisory authority over the employee. His threats to fire her or reduce her hours if she did not go with him were ‘tangible employment actions,” because the home improvement retailer made him her supervisor. The Court held that Section 317(a) should be satisfied by a tortfeasor’s use of supervisory authority and because other grounds support holding employers liable in tort for misuse of supervisory power. 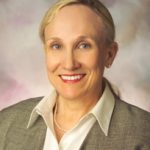 Patricia Porter Kryder is an Attorney in the Tax Department at King & Ballow in Nashville, Tennessee and primarily works in the areas of Tax and Succession Planning and General Business Law.