A resident of Florida discovered that water from his kitchen sink leaked into his custom made kitchen cabinets. He filed an insurance claim with Prepared Insurance Company under his “replacement cost” insurance policy. The insurance company sent an adjuster to inspect the damages and the adjuster estimated the loss to be $8,653.47. The payment for this amount, minus the deductable owed, was issued to the insured.  The insured then sued the insurance company claiming that the company had severely undervalued the loss by only looking at the cost to repair the custom cabinets and not the cost for a complete replacement.

On appeal, the insurance company primarily challenged the trial court’s decisions made pre-trial. Ultimately the court of appeals agreed with the insurance company on all points. First, the court addressed the trial court’s interpretation of the “replacement cost policy.” The appellate court found that “replacement cost insurance is designed to cover the difference between what property is actually worth and what it would cost to rebuild or repair that property.” The appellate court went on to state that both the law and the insurer’s own insurance policy expressly provided that an insurer may limit its liability to the “reasonable necessary cost to repair the damaged, destroyed, or stolen covered property.” Therefore, the appellate court found that the trial court incorrectly ruled on this issue.

Finally, the appellate court found that banning any questioning regarding the second leak was also an error. Although the expert claimed that the second leak did not change his decision, the insurance agency should have been allowed to challenge this testimony and the issue should have been left to the jury. Based on the above rulings, the appeals court ordered a new trial. 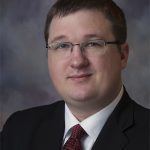 Kyle D. Watlington is an Attorney in the Litigation Section of King & Ballow in Nashville, Tennessee.