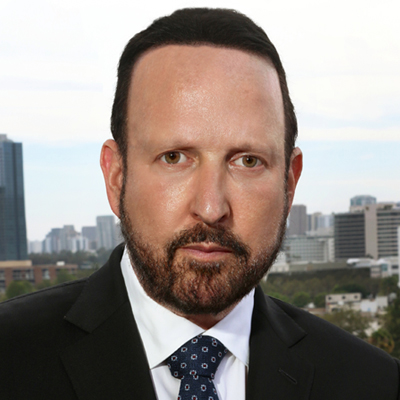 Mr. Busch has successfully represented clients in numerous trial and appellate court cases. In the action styled F.B.T. Productions, LLC v. Aftermath Records, et al., Mr. Busch represented the Plaintiff, who discovered, produced, and co-wrote some of recording artist Eminem’s biggest hits, in the landmark case, in which the United States Court of Appeals for the Ninth Circuit entered judgment in favor of F.B.T., finding that the agreements between record label Universal and digital download providers like iTunes, are licenses, and Eminem’s recording agreement entitled him and F.B.T. to 50 percent of Universal’s net receipts for sales by iTunes and others of Eminem songs. The full decision may be found at 2010 U.S. App. LEXIS 18450 (9th Cir. Sept. 3, 2010). Mr. Busch has represented many other artists in similar lawsuits and in connection with similar claims.

Mr. Busch also represented Eminem’s music publisher, Eight Mile Style in a copyright infringement action against Apple, Inc. and Aftermath Records in a trial involving whether Apple obtained the necessary publishing licenses allowing it to make Eminem songs available for digital download on iTunes. The trial settled after nearly a week of testimony.

Mr. Busch was also Lead Counsel in the action entitled Bridgeport Music, Inc., et al. v. Dimension Films, et. al., 2004 U.S. App. LEXIS 18810; 2004 FED App. 0297P (6th Cir.), where he successfully argued and obtained the landmark ruling by the United States Court of Appeals that there is no de minimis defense in a copyright infringement action to sampling or copying of a sound recording.

In the Fall of 2012, Mr. Busch obtained a federal court jury verdict in favor of his client, Alvert Music, for more than $2 million, together with a finding of willful copyright infringement, against the Defendant record company, in a case involving an interplay of bankruptcy and copyright issues.

Mr. Busch obtained a jury award of $7.4 million in favor of the heirs of Marvin Gaye against Pharrell Williams and Robin Thicke arising out of the unlawful copying of Marvin Gaye's classic hit Got to Give It Up in the song Blurred Lines.

Most recently, Mr. Busch obtained an arbitration award of $5.8 million in favor of fitness personality Jillian Michaels in a case against Lions Gate for the unauthorized placement of Ms. Michaels’ fitness videos on YouTube in violation of the distribution agreement between the parties.

In addition to copyright, intellectual property, and entertainment litigation, Mr. Busch has successfully represented numerous clients in Federal Court in commercial litigation cases across the country. Mr. Busch served as Lead Counsel in a bad faith insurance action against Travelers’ Insurance Company in the Northern District of California, in which the jury returned a verdict in favor of Mr. Busch's client, and against Travelers’ Insurance Company, including a punitive damage award of more than $4 million. Mr. Busch also obtained a punitive damage award in favor of his client in a malicious breach of contract action tried in Federal Court in the Northern District of Ohio. Mr. Busch also represented Tribune Company in a 600 defendant civil racketeering action in the Southern District of New York in which the defendants were accused of conspiring to file fraudulent workers' compensation claims. That case was settled prior to trial.

Mr. Busch also secured summary judgment and a 9th Circuit affirmance in favor of his client Robert “Shep” Pettibone who wrote Madonna’s iconic hit song “Vogue,” and who was sued along with Madonna and their music publishers for copyright infringement. The Ninth Circuit decision affirming dismissal of that action can be found here. Thereafter, Mr. Pettibone’s publisher, Warner/Chappell, claimed that he was required to indemnify them for their legal costs related to defending the action, and kept Mr. Pettibone’s royalties of nearly $1 million to reimburse itself for those legal costs. Mr. Busch secured a Second Circuit Court of Appeals judgment in favor of Mr. Pettibone finding that Warner/Chappell breached its contract with Mr. Pettibone by keeping those royalties, and ordering Warner/Chappell to release those royalties to Mr. Pettibone with interest. The link to that decision may be found here.

Click the links below to read articles discussing that decision:
The Hollywood Reporter
Digital Music News

Please click the links below to read press reports about these cases:
Digital Music News
The Hollywood Reporter

Click the links below to read articles discussing this litigation:
Tennessean
Law 360
Fox17

Mr. Busch was featured in The Variety Legal Impact Report 2015.  The feature can be seen here.

Mr. Busch, represented fitness personality Jillian Michaels in a case against Lion's Gate regarding the posting of her videos to YouTube. On May 10, 2017, Mr. Busch prevailed in that case, with the Arbitrator awarding Ms. Michaels $5.7 million in damages, and ordering that her content be removed from YouTube. Links reporting on that decision can be viewed here:

Mr. Busch was recently interviewed by Digital Music News about the "Blurred Lines" trial and appeal, and other of his cases.
Read the article here.
The interview may be heard here.

Richard Busch was quoted in Bloomberg Law about the recent 9th Circuit Court of Appeals' denial of a rehearing in the "Blurred Lines" case.
Read the article here.

Mr. Busch was quoted in The Hollywood Reporter regarding the 9th Circuit Court of Appeals' vote to deny a rehearing of the "Blurred Lines" case.
Read the article here.

Richard Busch was quoted on Law.com about his legal background, experience with copyright infringement cases, and the ‘Blurred Lines’ appeal.
Read the article here.

Richard Busch’s interview on CNN can be seen here.

Mr. Busch was interviewed by Channel 4 News in the UK.  The interview can be seen here.

A profile of Mr. Busch was also featured in the New York Times. That article can be found here.

Richard Busch was quoted in USA Today regarding the 'Blurred Lines' case. That article can be found here.

Richard Busch was recently featured on the podcast, Take a Knee.
Listen to episode 296 here.

Mr. Busch was highlighted in a Rolling Stone article.
Read it here.

Richard Busch was quoted in The Hollywood Reporter about a dispute over attorneys' fees in Madonna's "Vogue."
Read the article here.

Mr. Busch was recently cited in The Hollywood Reporter about the new defamation lawsuit filed against the parent company of the Daily Mail.
Read the article here.

Richard Busch was cited in The Tennessean about the "Say You Won't Let Go" case.
Read the article here.

Mr. Busch was recently interviewed by the BBC in London about U.S. Copyright Law and some of the recent cases on which he has worked.
Listen to the interview here.

Richard Busch was cited in The Hollywood Reporter about Ed Sheeran settling the lawsuit over the hit song Photograph.
Read the article here.

Mr. Busch most recently obtained a favorable decision by the United States Court of Appeals, reversing the district court, and holding that the author of the "Iron Man Theme" from Marvel's "Iron Man" television show, and movies, had submitted sufficient evidence that his creation was not a "work for hire" in order to proceed to trial on his copyright infringement claim. The full decision can be accessed here.

Richard Busch was quoted in Rolling Stone Magazine on the new 'Stairway to Heaven' case.
Read the article here.

Richard Busch was quoted in The Washington Post on the new 'Ed Sheeran' case.
Read the article here.

Mr. Busch has been quoted in the New York Times on copyright related issues.
Read an article here.

Mr. Busch is frequently asked to discuss legal issues on Fox Business News. He recently appeared to discuss the class action lawsuits filed against Manny Pacquiao, and others, related to the alleged non-disclosure of a shoulder injury prior to the  fight against Floyd Mayweather.
Watch the video here.